A high-profile show from Australia is set to leave Netflix globally in December 2021. All five seasons of Rake are set to be removed from Netflix come December 15th, 2021.

First airing on ABC1 in Australia back in 2010, the series eventually went onto air five seasons across 40 episodes through to 2018.

The premise of the show centers around an attorney called Cleaver Greene who is despised by his colleagues and gets by on the skin of his teeth being a druggie and gambling addict.

The series also eventually got a short-lived US adaptation over on Fox led by Greg Kinnear. 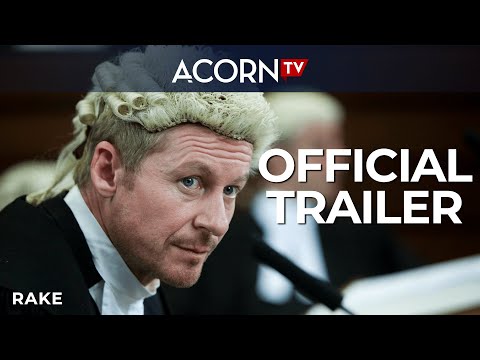 Where is Rake leaving Netflix?

While not every Netflix region streams Rake, the series is available in at least 25 according to Unogs with most to all showing removal notices.

Removal dates seem to vary depending on your region. Many regions will see all five seasons depart on December 1st with the bigger Netflix regions losing the show on December 15th, 2021.

Netflix Australia is not currently showing a removal date but likely will expire in the near future too.

Where will Rake stream next after leaving Netflix?

The good news seems to be that the show has already found a new home at least in a few regions. AcornTV notably snapped up the streaming rights to the series

In the US, Amazon Prime Video is also currently hosting three seasons of the show.

December 2021 is going to see a number of high-profile titles leave Netflix, particularly in the United States. Among the other highlights currently set to depart includes Glee on December 1st, all four seasons of the superb Halt and Catch Fire in the middle of the month as well as plenty of movies too.

Will you miss Rake when it leaves Netflix in December? Let us know in the comments.

Welcome to The Rig, the Spanish horror movie blog that will make your skin crawl. We’ll be discussing all the latest and greatest in Spanish horror cinema, from upcoming releases to classic titles. So if you’re a fan of good scares, then join us as we explore the dark side of Spanish film. The Rig…

Quanzhi Fashi season 2 is finally here! And fans are wondering how many episodes there are in this much-anticipated season. We’ve got the answer: a whopping 12 episodes! So get ready to settle in for another season of Quanzhi Fashi greatness. Is Mo Fan the strongest? The second season of quanzhi Fashi currently consists of…

Looking for a good scare? Check out our list of the best Spanish horror movies from 2018. From creepy clowns to demonic dolls, these films will give you plenty of nightmares. The Best Spanish Horror Movies of 2018 The past few years have seen a resurgence in Spanish horror cinema, with directors like Paco Plaza,…

quanzhi fashi season 4, also known as Full-Time Magister, is a supernatural, fantasy anime. Mo Fan is the main character in the anime who one day wakes up to a totally different world from his existing one. A world that was solely dependent on scientific inventions was turned into a world that believed in magic….

The recent havoc wreaked by the pandemic and the prolonged era of quarantine and lockdown had pretty much threatened and bored us. The availability of the show Avatar: The Last Airbender on OTT platforms like Netflix and Amazon Prime made people all over the world binge-watch the episodes of the series. The show’s popularity triggered…